This is my story about two decisions and the impact of each on me.  The first decision took place when I was 17 years old and my boyfriend at the time asked me to go on a bike ride with him.  I thought that he meant a nice ride around our small town so I agreed.  I was wrong.  This ride went for hours in the summer sun.  I was completely unprepared.  I didn’t even have water with me.  I was so miserable that I had absolutely no interest in ever riding a bike again. 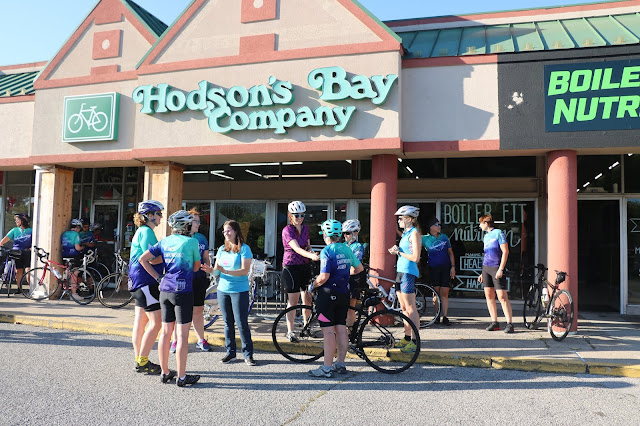 Fast forward 23 years and I’m spending a lot of time with my new boyfriend as well as a close mutual friend. Both are avid cyclists.  They have been trying to get me to ride with them for several years but I have stubbornly refused.  They tell me how fun it is and I’m incredulous.  Finally, while trying to improve other areas of my life, I decided that a bad experience from my past was not going to control my future any longer.  I made it a personal goal to find a way to enjoy riding a bike.
Shortly after making this decision, my boyfriend introduced me to Lydia Trott. Lydia told me about the Women’s Rides. I told Lydia that I hadn’t ridden a bike for two decades and I had no confidence in my ability. Lydia explained about the different categories of rides. She talked me into trying out a ride to see if I liked it, no pressure either way. 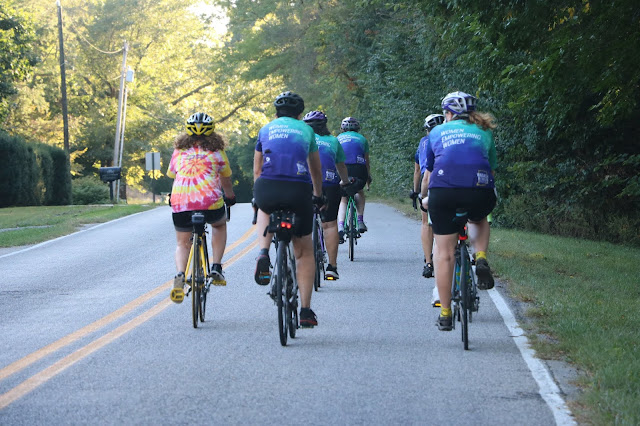 On May 20th, I took my first Women’s Ride.  The ride leader was Britt Huff, a very charismatic woman who is also a strong rider.  Before the ride started, she went over hand signals and communication. I would later find out that she did this any time a new person joined the ride.  During this first ride, Britt stayed close and chatted with me throughout the journey, helping to make me feel more comfortable.  I learned that the rides usually had sweepers, people who would stay at that back to keep the group together.  Christy Dixon was the sweeper that night and almost every ride thereafter.  The rides were organized in a way that allowed me to feel physically and mentally safe. I was hooked. 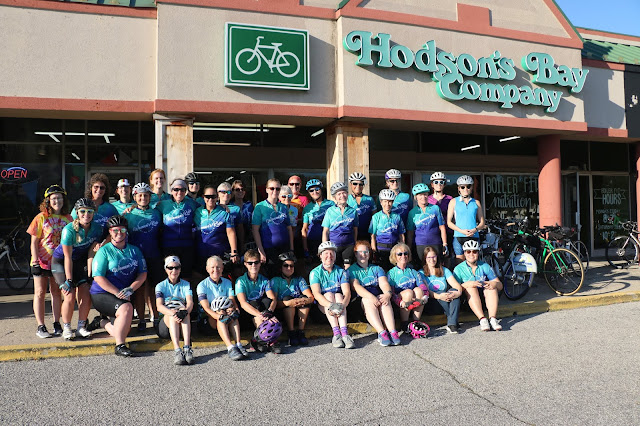 The stand nights that were held each month throughout the summer provided me with some mechanical know-how but also allowed the women in the various groups to interact, widening the circle of support.  This was highlighted during the CASA ride.  There were a lot of women who do the Women’s Rides also participating in the CASA ride.  The encouragement that came from each was overwhelming! Specifically, Molly Birt, who rode more miles than anyone else, took time and energy to shout encouragement every time she passed me on the track! My experience during CASA showed the soul and purpose of the Women’s Ride without it actually being one. 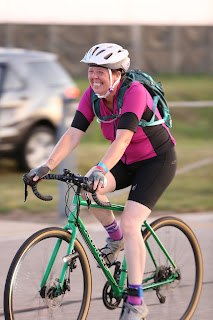 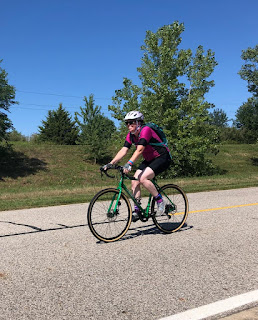 Looking back over the past few months, I went from being scared on my bike to actually leading a ride, something that made me incredibly proud! If it weren’t for the Women’s Rides, my ability and confidence would not be where they are now.  These women helped me to enjoy riding and for that I am extremely grateful. 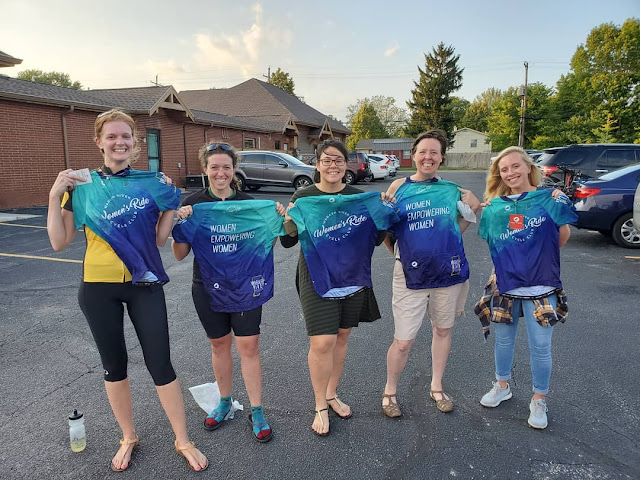 Now, sadly, it’s the end of the season.  I know that I will be eager for the 2020 season to begin. I will step up and lead again when needed.  The impact of this group is spelled out on the jerseys: Women Empowering Women.


editor's note: You can learn more about the Women's Ride here. While the 2019 Women's Ride has wrapped up, the Wabash River Cycle Club remains active year-round. We encourage you to visit our website to explore all of the ways in which our club goes by bike in the Greater Lafayette region and beyond.
In Their Own Words In Town Rides Women's Ride